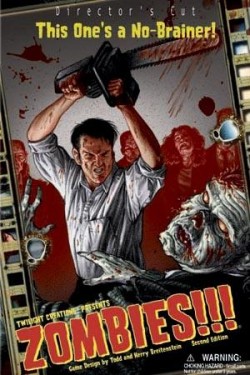 Zombies!!! is a very successful game about a zombie apocalypse.  It’s designed for two to six players. There are two ways to win: either reach the helipad or kill 20 zombies.

The popularity of the game comes partly because of its simple rules I assume.  You draw and place a new map tile (the helipad is at the end of the stack) and in this way build a map of the city. New zombies are placed on that tile. Then you roll for movement.  Mostly it’s a good idea to search buildings,  because you can find ammo and health there. If you enter a space with a zombie, you’ll have to fight: simply roll a d6. On a 4, 5 or 6, you kill the zombie.  Otherwise you give away a health marker. You might instead spend ammo tokens to add one to the result per token spend.

In addition you have a hand of cards, wich might either help your or can be used to hinder your opponents.

At the end of the turn,  you can move some zombies.  A big problem of the mechanic is that every player will move the zombies away from the strong players to prevent them from killing more and therefore from winning.  Thematically that doesn’t make much sense.

The components are not great: the maptiles are just very thin card stock and the minis pretty small.  But, if you consider the price, they are actually amazing: wich game gives you more than hundred nice looking minis for 30 dollars?

The art is just fantastic,  one of the best I’ve ever seen: the tiles have a dark atmosphere and the cards are just hilarious.  They are so funny and gory, it’s just amazing.

Overall,  it’s definitely not as good as Zombicide,  but the fantastic artwork makes me enjoy this everytime I play. 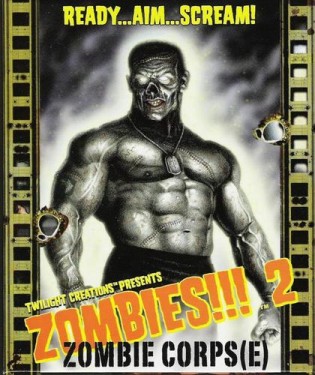 This expansion allows the players to explore a military base. New maptiles, new cards and genetically enhanced zombies. 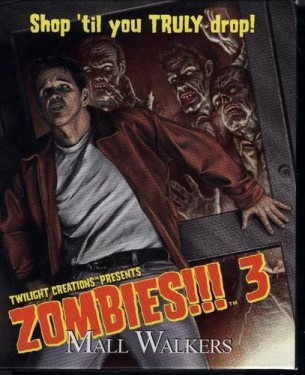 Here we find ourselves in the classic shopping mall. 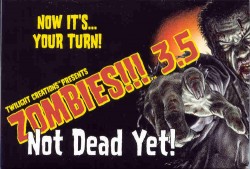 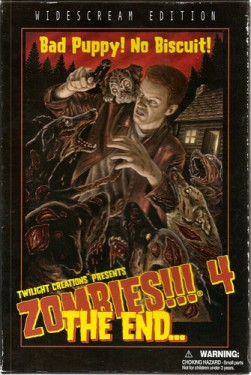 This is a stand alone expansion: it’s settled in the forests instead of a city and you fight zombie dogs.  They don’t do that much damage,  but they can attack in pairs. There are now also mystical elements,  like magical amulets and books. I’m not a big fan of this setting.  I really like zombies,  but zombie dogs are BS in my opinion.  There are some cool weapons that I use with the base game,  but usually I don’t play this one at all. 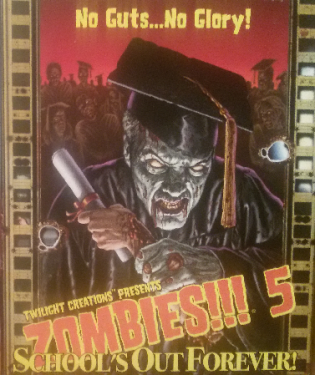 This takes place at a university campus.  It introduces the”guts” as a new resource. 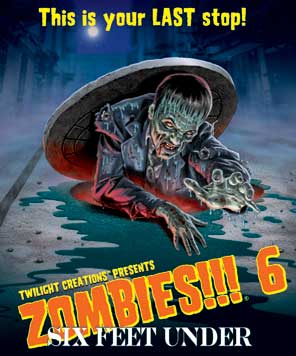 Six Feet Under gives the players the opportunity to move through the sewers or use the subway for longer distances. In my opinion, the product line comes to a point, where all this new stuff conflicts with the idea of simplicity wich makes this game fun. So mostly I don’t play with this expansion. .. 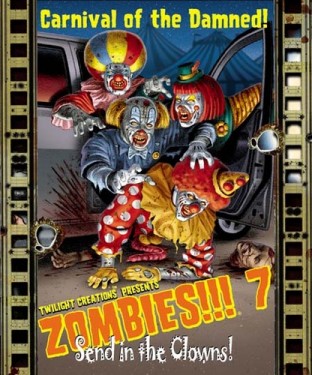 Here we find ourselves on the carnival fighting zombie clowns.  Too weird for my taste. 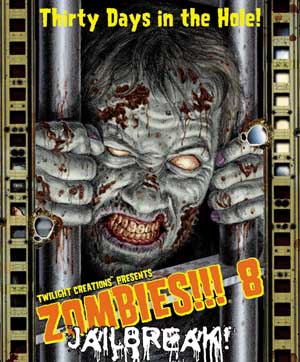 Even though I didn’t want to purchase more expansions of this game,  I decided to try the prison.  It’s a good one. Good location,  nice cards.