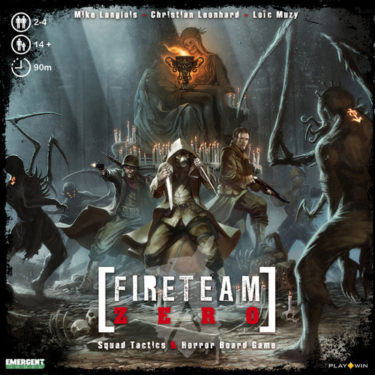 When we first saw the corpses of our comrades, we thought it was some perverted Nazi weapon, but when we saw the creatures who did that, we knew there are things out there even more horrible than Nazis. Time to kill both!

In Fireteam Zero, players take the role of members of an elite squad during World War II, fighting otherworldly horrors. It´s a fully cooperative game, It´s fast, simple and brutal and you´ll need a lot of teamplay to survive. The base game offers three campaigns, each consisting of three missions.

Many of the mechanisms are similiar to Gears of War: Players use a hand of cards. Each heroe has it´s own deck of cards (Leader, Demolition, Close Combat and Marksman). Each card gives them attack options (Brawl, Bullet or Bomb) and reaction capabilities, wich allow you to either assist your teammates or to influence the enemy. The cards also count as lifepoints, so if you take damage, you have to discard cards, and if you have none, you´re killed. Luckily, by the start of a turn, you´re allowed to redraw up to your full hand size.  Combat is very simple: the dice show symbols of a fist, a bullet or a grenade. The attack card(s) you played show how many dice you roll, and then you simply wanna roll the symbols of the cards attack type. Monsters have lifepoints and defence… if you manage to roll symbols equal to or higher than those, than you killed the enemy. Their attack works in a similiar way. Monster AI is also very simple: when activated, they move to the closest hero. Then you roll a die…depending on the result, they either continue moving, use their special ability or do nothing. After that, if they are in range, they will attack.

There are also so called “specialists”, NPC´s that follow your team and give you some advantages, like rerolls or free actions.

Terrain effects are not too imprtant, some areas give you cover, the high ground gives you some attack bonus. In the heat of the battle, there is mostly not enough time to really plan with those…usually you try to run across the map as fast as possible, constantly fighting the monsters, wich will respawn  at the and of the turn. Each turn a so called threat track moves on, bringing so called “twists” into play every four turns. These usually give the monsters some special abilities, so the longer the missions takes, the harder it gets.

Fireteam Zero is an excellent game. Components are fantastic. The minis are detailed and look cool, the eight doublesided maptiles and the tokens are of thick cardstock. The dice are a little too big maybe. The art is dark, brutal and fits the theme. Setup is fast, and compared to games like Gears of War, Lobotomy or even the Dungeons and Dragons board games, this plays much faster. So it fills a niche in my collection: a fast and simple but still not stupid amerithrash game, that can be played in under 90 minutes. With the expansions, there´s also a ton of replayability. I do a playthrough here. 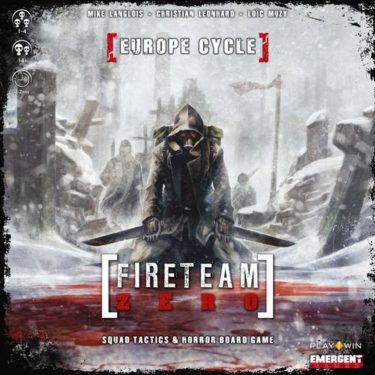 This expansions adds four new tiles, new missions, monsters and cards. Now your specialists also get new abilities to use. Haven´t played it yet. 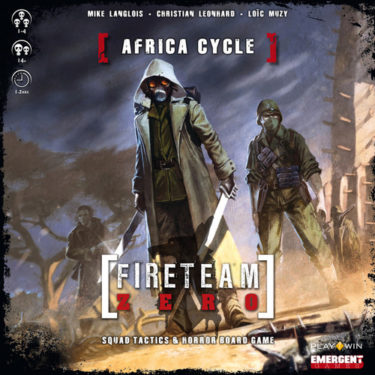 More tiles, missions, monsters…now you can also find gear when searching, wich is a cool new feature of the game. 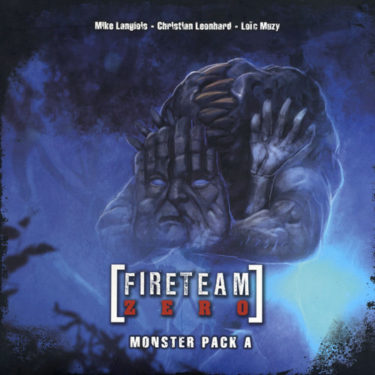 Just some additional monsters that can be added to the old missions. 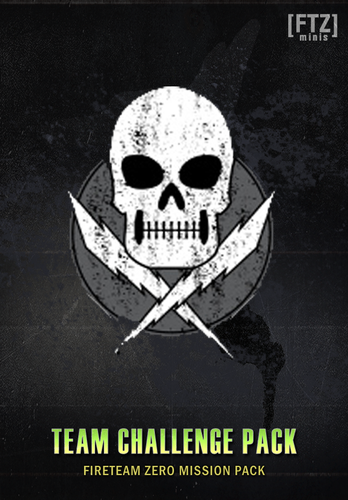