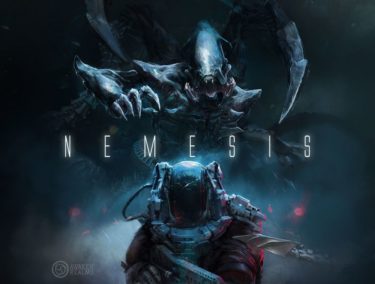 Nemesis is basically “Alien” – the board game: Sneaking in a big ship, hearing noises from around the corner and trying to avoid the intruders. The build up is so great: You might move through the ship for two or three turns, you´ll hear noises, but no enemy, just shadows. When you´ll eventually have an encounter, it will be even more horrifying. I love this game, because it´s not about fighting, but about trying to avoid danger, and trying to find the right balance between working as a team to survive and following your own agenda. The characters play quite different, cause they all use their own special cards.
There is a ton of replayability with the double sided, random modular board, the coop and semi coop variant,and the campaign option. Even solo is possible. I don´t like the players as intruder option…feels too hard.
Components are great, artwork is beautiful. Maybe the size of some intruders is a little over the top, I´d be fine if they had the Space hulk size.

You find a playthrough here.