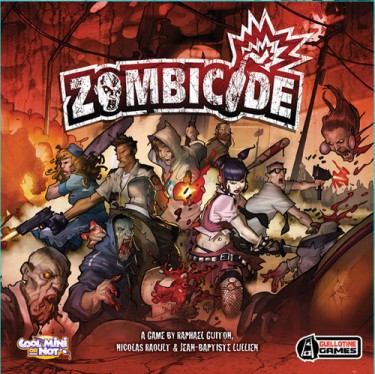 You and the other guys cautiously move through the streets in search for supplies in these desperate days. But you cannot avoid noise forever. If you wanna find something useful,  you’ll have to break some doors and enter some buildings. And that will attract them: the hoard of zombies, always hungry.  So you check if there’s a round in the chamber, Doug takes a harder grip on his axe and Wanda starts her chainsaw. As the adrenaline is pumped in your brain, all you think is: fuck cautiousness, it’s time to slaughter these bastards

Zombicide is a scenario based coop game, settled during a zombie apocalypse. It uses a modular board to build the different maps. The gameplay is everything but innovative: players kill zombies,  try to find weapons and kill even more zombies. During the massacre,  players will level up and gain special abilities. Interesting is that the game adepts to the player’s strength: the more zombies are killed,  the more will be spawned in future rounds. So there is a real climax: at the beginning of a scenario,  there’ll be a handful of the undead wandering the streets,  while later, the board is crowded with dozens of them.

Although this might all sound pretty dull,  it’s actually not. You have to plan ahead, work together and make constantly tactical decisions. Otherwise you won’t survive for long. The art looks basically fine. It bothers me though, that most female characters are half naked: to me that feels pretty misogynistic.  Still,  the game is fast, the minis are great and it is so much fun, that this is definitely my favorite zombie game and one of my favourite games overall! I do a playthrough here. 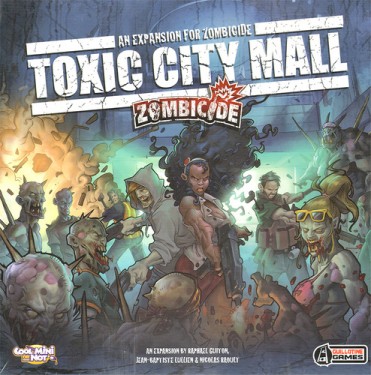 This expansion adds new scenarios, maptiles, characters and weapons. It takes place in a classic setting of the zombie genre: the shopping mall. It also introduces the toxic zombie as a new type of enemy. If they are killed and the attacker is in the same space,  she also takes a wound.  So you better kill these green bastards in ranged combat. 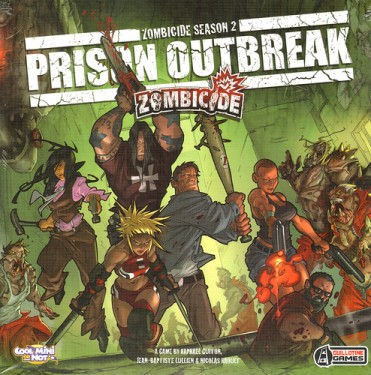 This is a stand alone expansion,  also with new maptiles,  all types of cards, characters and tons of minis. As the title suggests, it takes place in a prison. New, extremely powerful weapons, that can only be used by high level heroes let the bodycount rise even faster. There’s now also a new type of zombie that can only be killed in close combat.

I’m not sure what to think about these different types of enemies.  On the one hand it puts the charming simplicity of the base game into perspective,  on the other hand it makes the game tactically more interesting. 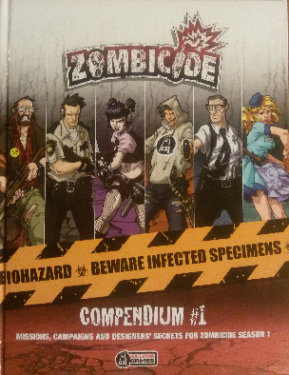 This compendium comes with 50 scenarios for the base game, including the revised scenarios of the original box.  They all can also be downloaded for free.