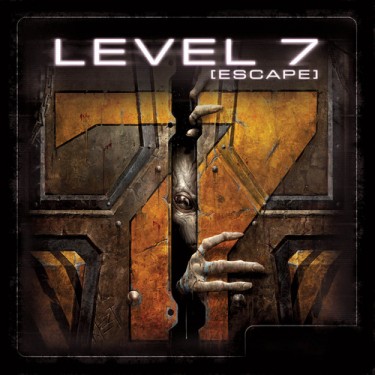 When you regained consciousness, you find yourself on the floor of some strange lab. Seems like you´ve been fallen out of the broken tank next to you…was that stuff in your lungs?? And there are actually more bodies in other tanks! There might not be much time left…you manage to free a few others, before you hear footsteps. Time to get out of here! But where? Before you can make that decision, a door opens and …..! What`s that? Some alien creature enters the room, making a sniffing sound, and then attacks the screaming guy next to you. You manage to knock the grey down and run for an exit. There´s a lift. The writing next to it says LEVEL 7….seems to be a long way up.

In Level 7 (Escape) players try to escape from a secret underground base where strange experiments on humans and aliens are conducted. Every level of the compound is a scenario of the game. It´s a modular board. You explore the map tiles, mostly trying to find an exit. On many tiles there are specific events with skill tests and other encounters. The A.I. is card driven….your enemies are the guards, grey like aliens and the stronger hybrids.

There are some elements that distinguish this game from a standard dungeon crawl: The enemies also interact. If your threat level is lower than the aliens´ then the guards will go after them. If you attack a guard, your threat level goes up and a “lockdown marker” will be placed, wich will shorten the time you have to escape. So mostly it´s an advantage to sneak off the guards instead of fighting them.

To manipulate your skills, gain rerolls and other bonuses, you may play Adrenalin cards. They will lower or rise your fear level wich will make you more clever or stronger/faster. But beware, the aliens are attracted by fear, so if you want them to stay away from you and maybe even fight the guards, keep cool.

Their are also ventilation shafts that can connect rooms through a great distance: a fantastic way to move through the facility without being detected!

Level 7 was received pretty contoversial. I enjoy the game a lot: The art is really good. Some components are a little too dark, and this would be a game where minis would have been helpful to distinguish the actors. Still, the dark and claustrophobic atmosphere of this underground complex is very well captured on the tiles. I love the stealthy gameplay in contrast to the standard hack and slay dungeon crawls. The rulebook is an issue; it´s pretty confusing. So I suggest after reading it, download the revised version by Justin Alexander. It´s much better organized, although it also leaves unanswered questions if you didn´t read the other one. Watch my playthrough here. 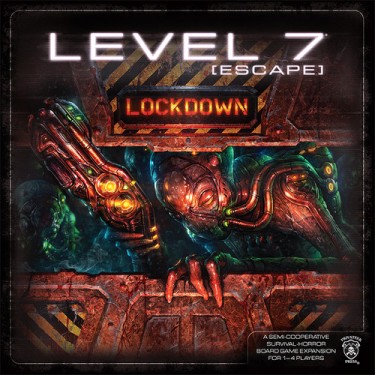 You didn´t manage to escape before the faciclity was locked down!!

I haven´t played this one yet. I know it adds new scenarios, some new rules, new enemies, new tiles and new items to the game. Looks like a pretty solid expansion.