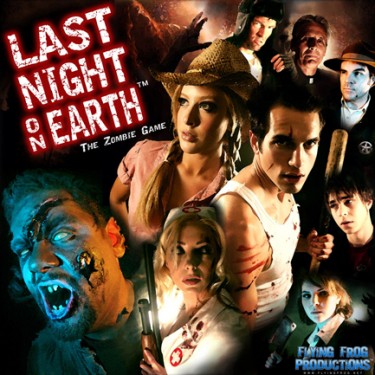 When I realized that the government won´t  be able to control the zombie virus anymore, the decision for me was a simple one. Out of the city…try to find some remote area and try to survive as long as possible. And that was a good idea: The cities were overrun first, and though the military managed to evacuate a small percentage of people, that now carve out their miserable existence in refugee camps, most men became victim of the living dead. I followed a small group of survivors and things looked not too bad for a while. But lately a big hoard seemed to have sniffed us out, and we were running the last few days in order to escape. At sundown, we finally found a small village, just a few buildings, wich is more or less our last hope….we´re all exhausted, hungry and tired. Maybe we´ll find some weapons or other supplies here…maybe even a vehicle and some gasoline to bring us out of this hell. While we´re desperately searching the buildings, we can hear noises in the woods surrounding us…the shadows seem to be alive and that terrible groaning can be heard from all directions! Seems like this might be our last night on earth…

Last Night on Earth is designed as a two player game (though you can play with three to six players): One player controls four survivors, the other one the zombies. It´s a scenario based game…there are five scenarios, that come with this box, that the human player wants to fulfill  (i.e. killing a specific number of zombies, find specific items, save town folks…). Zombies win either by killing the humans or if the limited time for the humans is over.

It´s the classical situation: Humans are few, but fast, good fighters, can take more wounds and come with special abilities. Zombies are slow and weak, but many! In addition to these basic mechanism, both players also use cards, wich add a lot of flavour to the game. There is a special Hero and a special Zombie deck. Heroes can draw cards by spending their movement and doing a search action instead. They might find items, weapons or cool events. But as said, when searching, heroes are slowed down, wich will allow the zombies to close in. The zombie player can play and draw cards each turn without giving up an action. This is a great advantage. The storytelling element that comes with these cards is amazing.

The components of this game are fabulous: Flying Frog at its best! The board is modular, wich gives players lots of different layouts. The art is great…I love this photographic Flying Frog style. Minis are fantastic!

As a competitive game for two players, it´s one of my favorites. Sadly it doesn´t come with a solo version. Still, it´s pretty simple to find an A.I. for the zombies, and I think I came up with some solid house rules, wich make this game also a really enjoyable solo experience. You can see the playthough here. 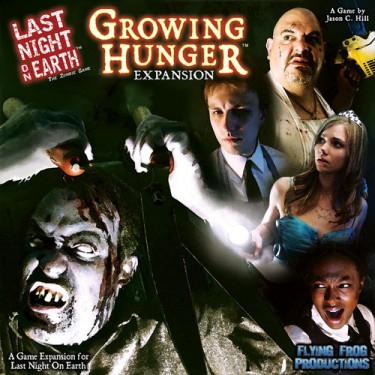 This expansion simply adds more of everything: new heroes, scenarios, board tiles, cards of all types… 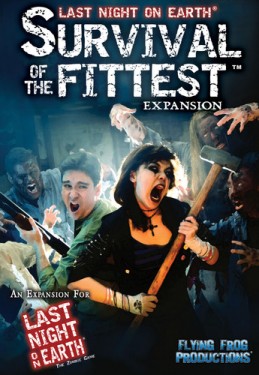 This is a small box expansion, but it adds a lot of new stuff: Unique Items, barricades and powerful strategy cards for the heroes, Grave weapons for the zombies. This allows now some new strategies. You´ll also get a new scenario. Definitely a great expansion for not too much money. 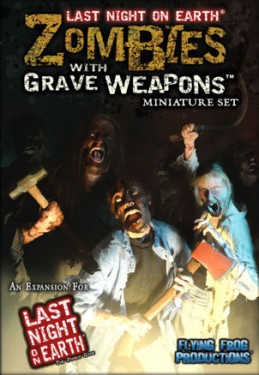 Zombie minis with Grave weapons…sadly not all types of them. Still, they look really very cool and a new type is introduced: the Crawling Torso…my favorite zombie mini ever! You´ll need Survival of the Fittest, otherwise it makes no sense. 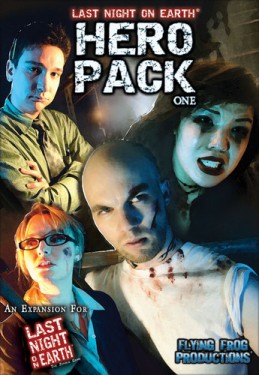 We meet four new heroes here: The Investigative Reporter, the Chemistry Teacher, the Highschool Outcast, the Escaped Prisoner. We get also a new scenario. 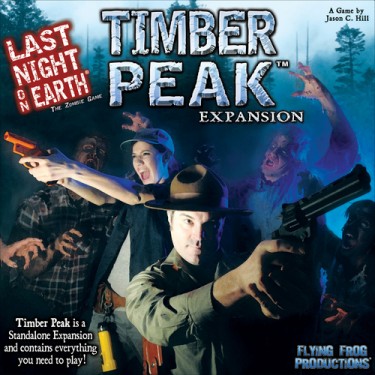 Timber Peak is a relaunch of Last Night on Earth…they also call it a Standalone Expansion. Basically it´s a simple way to milk this series even more. And it does it pretty obvious, wich bothers me a little…partly the same card text with new pictures. Even some of the heroes are the same…they come as “survivor heroes” from the first game. Only little innovations are introduced. The fire mechanic wich I find pretty boring: especially if you combine this set with the others, it´s very unlikely to start a fire. I´m also not sure about the new experience rules: I know, many people seem to like them. I think, the new skills are too poweful for the heroes and the zombie skills suck. Overall we are now in my opinion at the point where too many rules, new options and details start to destroy the simple and smooth gaming experiance that LNoE once was intended to be.

Still, I love the game, so I enjoy the new heroes, new scenarios, new board tiles and some neat new cards. 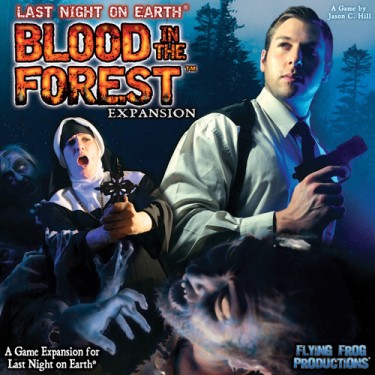 Blood in the Forest is the first expansion for the Standalone Expansion Timber Peak….??? Whatever, it´s another way to spend your money…. Actually, I kind of like it, especially the new forest board tiles: they allow to build an additional ring of forest tiles around the village or to leave the village out completely for some slaughter in the woods.

It seems, they try to correct the unbalanced experience system: the zombie player can now spend experience points to spawn improved zombies. This might be more balanced, but if you already use the Grave weapons, again, in my opinion things got too complicated.

More heroes and scenarios are always good…anyway I doubt that I would buy more expansions for Last Night on Earth….although…maybe the Air Strike supplement…:-)