The Dungeons & Dragons Adventure Boardgame System is a series of  high fantasy dungeon crawls. The components of all three boxes are compatible, so you can mix them all together and get one huge game. It´s a coop game, wich plays perfectly solo.

Gameplay is simple and very straight forward. You move your character and attack. A simple die roll against your combat value will do. If you ended the movement on the edge of the map, you explore and place a tile and a new monster. If you don´t explore, you draw an event card, wich is always bad. If you win a fight, draw some treasure like weapons, armour, blessings…

This is basically it.

You have to fulfill a mission. In general find a special room and fight a boss there. Sometimes go in and find a specific item….Simple things like that. Each box comes with 13 missions, so overall you´ll have 39 missions, dozens of monsters, events and treasures. There are about 15 different heroes, each with it´s own abilities and attack styles…

The minis are some of the best that I´ve seen until now. Some of them come in an impressive size and look just fantastic. Map tiles are also of an outstanding quality. You´ll get tons of little markers for items, conditions, doors, traps and all kinds of things, all solid cardstock. The only weakness componentwise is the lack of art. It´s so sad because here they really wasted an opportunity to make this fantastic game a perfect one. The cards have no art at all, except for the monsters with a small black and white sketch. Map tiles nearly all look the same…clean and empty. It´s astounding that the game has still so much atmosphere. The fast pace, the simple rules capture you completely. With the backstories of the D&D world and all the stuff you get, you feel really in a huge world.

Absolutely one of my favorites! 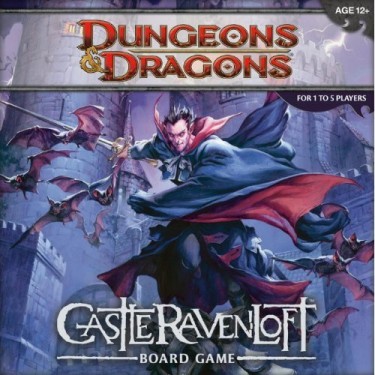 Believe it or not, but this twirp who looks like a 13 year old punk on halloween is the mighty Count Strahd, lord of Castle Ravenloft, and he´s terrorising the villages nearby. So on various missions, the heroes will explore the castle, kill Strahds minions, find the tomb of the cruel vampire and teach him a lesson (meaning kill him).

Thematically, this box focusses on undead monsters, but of course you can mix them with the others. I´ll do a playthrough here. 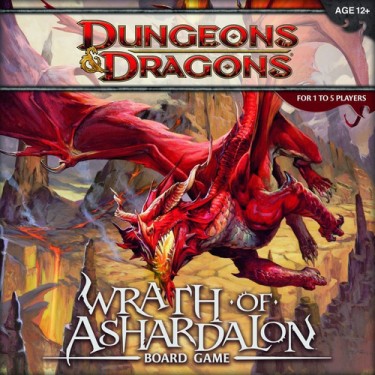 The mighty dragon Ashardalon has it´s lair deep in some fiery mountains. Many adventurers tried to loot his hoard. Few came back, and the ones that did found only horror and pain….great! It´s all left for us then!

The heroes enter the dungeon beneath the volcano where Ashardalon lives, awaiting bravely the terrors and monsters that fate holds for them. 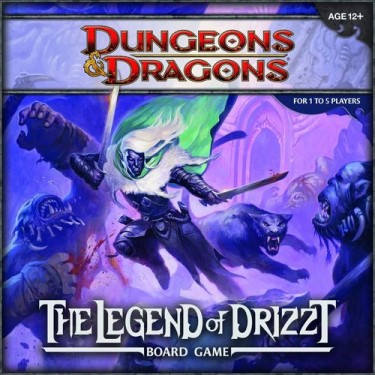 This box follows the hero Drizzt Do´Urden, protagonist of some D&D novels, and his companions on their deadly adventures.