The COIN series is a wargame system for 1 to 4 players. COIN stands for Counterinsurgency. In each game of the series, four factions fight in a historical conflict, each with its own agenda and goals. To reach these, their available operations also differ. It’s a card driven game mechanic, where at the start of every turn a card is drawn that determines the turn order. Players can decide if they want to do an operation or if they want to take advantage of the card text. The ladder can be done only from one player each turn, so the first player has an advantage here. 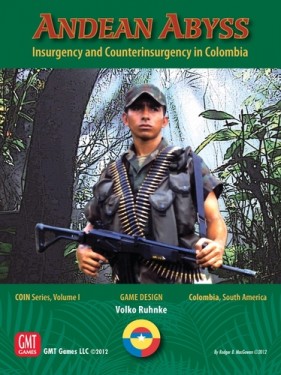 Andean Abyss is settled in Columbia during the 1990s and early 2000s.

The FARC, a socialist – marxist rebel organization is trying to overcome the government. Using guerilla tactics like sabotage, ambush and terror, they want to reveal the governments weakness and gain more support of the population. The government has a fast, powerful military, but in areas controlled by the FARC, it’s not efficient, because the guerillas are often covered by the civilians…

The AUC, a conservative paramilitary organization backed by columbian elite circles, took the law in their own hand. To finance their fight against the FARC, they don’t stay away from kidnapping and drug money. Assassinations and terror are their tools to keep the population from supporting the “wrong” side. Finally there are the drug cartels: money and coca plantages to make more money…that’s what they care about. As long as they are the real power in the country, they don’ care, who has currently the title “El Presidente”.

This game is a great mixture between a Euro and a wargame. The map looks great, the woodem pieces and area control mechanics remind on a typical Euro. The theme is really strong though, there are lots of background informations in the player book. The factions really play very different. No matter how many players there are, all factions will be part of the game. The actions of the non – player factions are controlled by flowchards, wich are pretty coplicated. It takes a few games to get into these. Sadly, Andean Abyss doesn’t provide you with a government flowchart. So if you play solo, you can only play the government. There were some attempts to do a flowchart for the govermment. Not sure if they are really satisfying though. I tried one here. 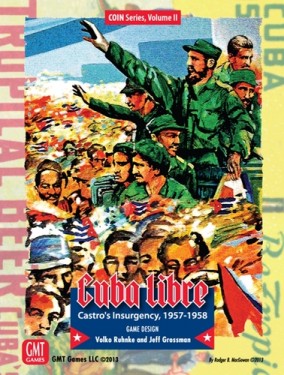 Not many differences between Cuba Libre and Andean Abyss. The Gouvernment, the gueruillas of the Directorio and the 26th July, as well as the Mafia struggle for power in Cuba. The map is much smaller than in Andean Abyss. The government resources depend largely from its relationship to the US wich will worsen with time. Different to Volume I, where the government gets stronger throughout the game thanks to growing capabilities, here it becomes weaker with time, because resources become less and the guerillas gain momentum. There´s also a strong connection between the government and the Mafia…specific actions give them common interests, so that they will work together for a while during play. You can see a playthrough here. 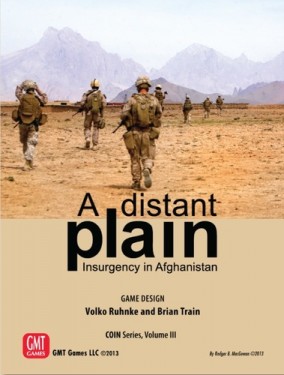 A Distant Plain covers the actual conflict in Afghanistan. Haven’t played it yet, so I don’ know anything about it… 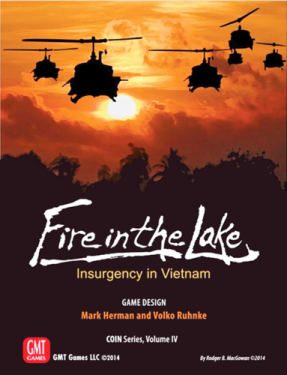 That one is still shrinkwrapped. It’s about the Vietnam war. 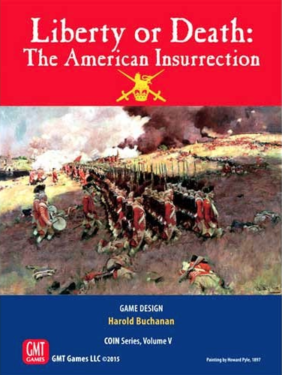 Another one wich hasn´t hit the table until now… 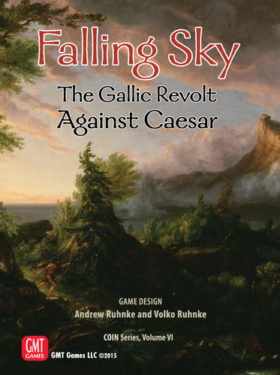 This one covers the gallic revolt against Caesar. Players control either the Romans, the Aedui, the Belgae or the Arverni. Interestingly there is a fifth faction, the Germans, wich are partly controlled by the game, partly by the Belgae wich can influence them with specific actions. The Aedui and the Romans have a common interest with trade actions and supply lines, so they work together quite a bit and there´s a lot of deal making. Compared to Vol I and II of the series, there are new elements with leaders and fortresses. Cities in the former way, as well as industrial centres don´t exist in this one. I enjoy this a little more than the first two in the series. 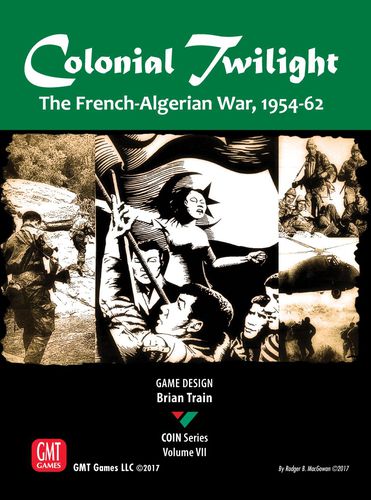 The first two player game of the series and deifinitely one of the best. The head to head competition gives a new feel of gameplay. I was sceptical how they would solve the eligibility issue in a two player game, but it was done in a great and elegant way. I can absolutely recommand that one! 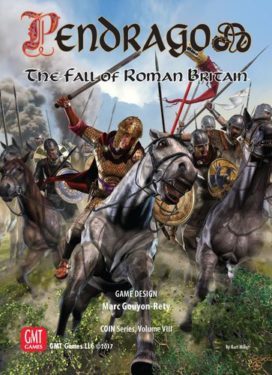 Volume VIII of the series, and they´ve gone a long way. More different types of bases and units, factions feel even more different, specific events on the Epoch cards, changing victory conditions and rules with the course of the game. This all reflects the massive timescale of this one compared to the others really well, but adds also a layer of complexity. Really great game, but not for newbees in the series. The bots are super fiddly and complicated. Check out my playthrough here.