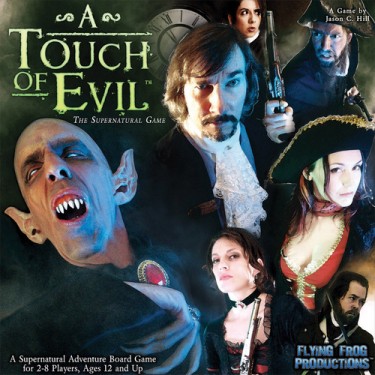 In the village of Shadowbrook, some horrible murders occured recently. But these where no ordinary murders. All the evidence suggests that some mysterious creature has commited these crimes. Villagers remember old legends of vampires and werewolfes. Can this be the answer? Is there truth in the ancient stories?

In this game, wich can be played competitive or cooperative, players take the role of a person investigating these murders. The game seems to be settled in the late 18th century, maybe at the east coast of the U.S.

I’ve never played this competitive, so I will only write here about the coop game: At the beginning, you choose a villain (i.e. werewolf, scarecrow…). They all have their own abilities (so do the characters), that influence gameplay a little bit, as well as their own minions. Players try to hunt down the creature, trying to find its lair by following clues. These clues or “Investigation” tokens are scattered all over the board, that shows the main locations of Shadowbrook and its surroundings. They are the currency of the game. You use them to buy equipment, to train, heal or to buy a lair card that tells you, where to find the villain. In most locations, players have to face an event, some are good, some are bad. You may find items or allies, you might have to do skill tests or you might have to fight.

Players only have limited time…the shadow track advances, and the longer the game proceeds, the stronger the villain will be. On the other hand it’s much easier to find its lair in the more advanced game. At the end you’ll see a big showdown, that the heroes hopefully win. If they loose, they might come back to the lair though and try it another time. If the Shadow track ever reaches zero though, the heroes loose.

A Touch of Evil has been called by many “Arkham Horror Light”. And there is something to it: The heroes against one evil villain that they fight together in a showdown, the skill tests, location events, clue/investigation tokens, time limit…but it also lacks some of AH fascinating and elaborated elements like the monster movement, the travelling to other worlds, the whole sanity aspect, and many other little details. It doesn’t feel there´s such a rich world like in AH.

Still, the components are great, even though there are no monster minis, it’s the famous Flying Frog photographic artwork, and the map looks unique and beutiful. It’s the classic horror theme with ghosts and vampires that is captured perfectly in this game. 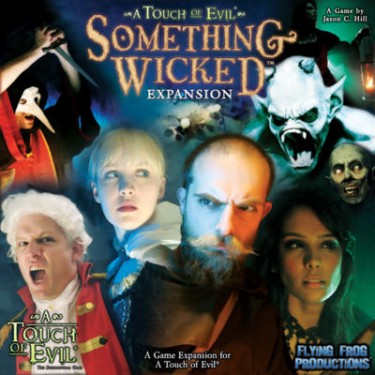 New terrors strike the village of Shadowbrook. Clues this time lead to the Echo Lake….what mysteries lie in its depth? What’s hidden in the fog of the forbidden island? Is there truth in the roumours about a blasphemic order in the monastry?

The “Something Wicked” expansion adds basically more of everything: More cards of any types, new heroes and villains and a board, the same size as the basic board. For a solitaire player, the Advanced Cooperative Mystery Chart is surely of interest.

The problem is, that there is no need for the players to move to the new locations…but I hope I could fix that with this houserule. I do a playthrough here. 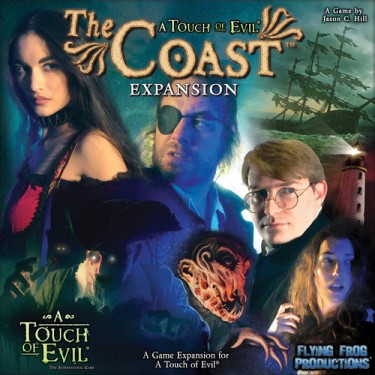 The inhabtants of Tidewater felt save and didn´t care about the strange stories from the near Shadowbrook: People there were always pretty crazy and eventually someone completely lost his mind and started slaughtering his neighbours. This would not happen in the peaceful city of Tidewater… But after a few years people saw a fuzzy shape on the misty sea…should the stories about the Ghost Ship and the Sunken Seven be true? When the first ripped apart body was found near the lighthouse, people realized that the days of their safety where over…

Again this expansion basically adds more of everything and an additional board. There we now find the village of Tidewater with its own Elders and a new deck of special village encounters.

You find my playthrough here. 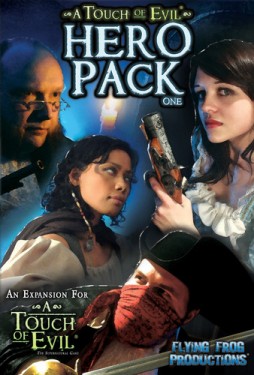 Four new heroes for the game: The Foreign Traveler, The Inventor, The Hanbrook´s Daughter, The Infamous Highwayman. In addition we get a new villain: The Necromancer. 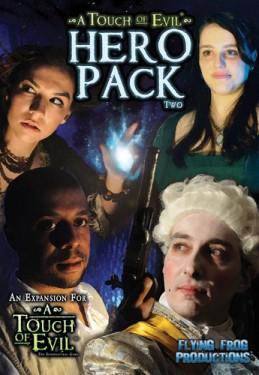 And even more new heroes as well as another villain: The Foreign Diplomat, The Bright Witch, The Privateer, The Student of the Occult. The Reaper will bring new horror to Shadowbrook and its surroundings.

These two supplements give you a few more cards: 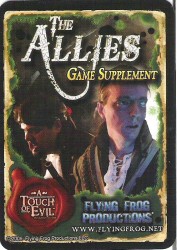 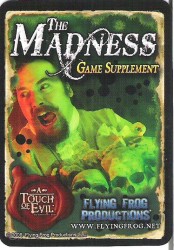